Education in the UK

The long-awaited article on education in the United Kingdom is finally here!

As many of you may know, Oxford was where the world-renowned Harry Potter movies were mostly filmed at. 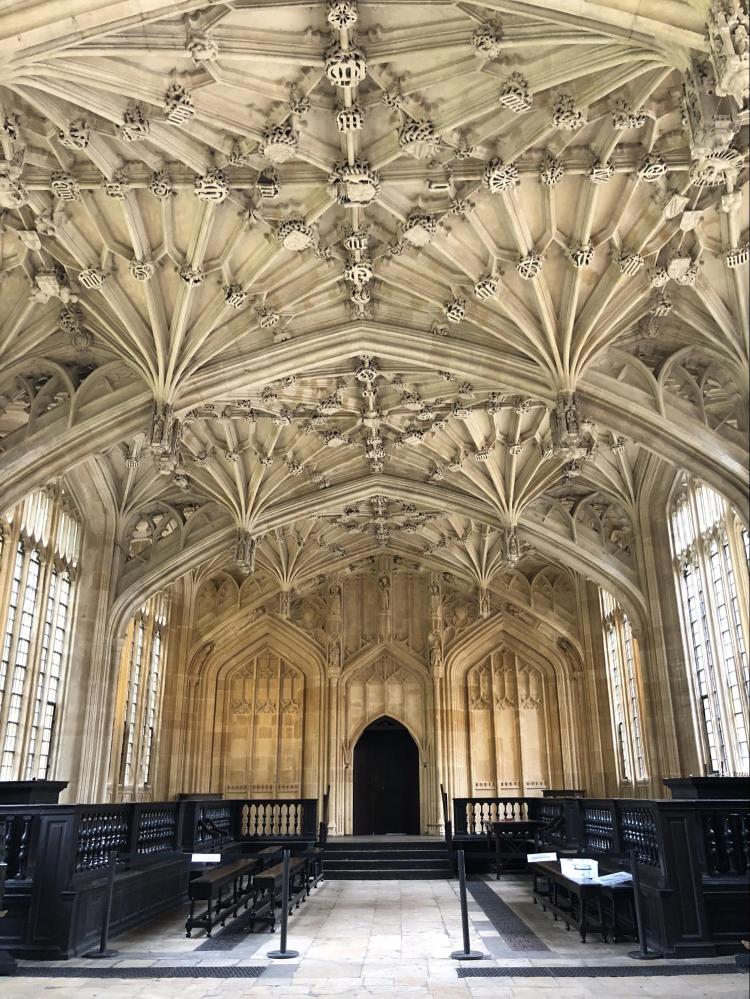 Two scenes from Harry Potter films were shot in the Divinity School: Hogwart’s infirmary (The Philosopher’s Stone) and the ballroom dancing class scene (The Goblet of Fire). We also visited the Bodleian library, where we found out that Oxford actually houses the world’s largest collection of books, holding every book published since 1602. The library takes in 200,000 books every year which results in the search for 2km of shelving a year. All of their books are housed underground and there are no browsing of books in the Bodleian library.

Our discussion with students from OUMSSA

Aside from visiting the Bodleian library and the Divinity School, we also had lunch with a few students from the Oxford University Malaysian and Singaporean Students’ Association (OUMSSA). We got to know more about the lifestyle there and what it took for them to study in such a prestigious school. These are some of the responses we’ve got when we asked them to share a little:

In the World University Ranking, Cambridge is ranked above Oxford.

In Cambridge, one of their unique cultural experiences is punting, where a boat is manoeuvered down the river by a person sticking a long stick into the riverbed and pushing the boat along. Although we did not get to try it out, it seemed very exciting. In addition, we did visit King’s Chapel to listen to the Evensong, which is basically a series of evening prayers conducted in a set form, especially that of the Anglican Church. There are many of such church processions occurring throughout the day in different colleges.

One of the stories I can recount from the walking tour around Cambridge is that there used to be a group of people, who named themselves the Nightclimbers. Why the Nightclimbers? They would scale the large facades of buildings and carry out their shenanigans at night. One of the hilarious things they did was changing the Sceptre, Edward the III is holding in his right hand, to a measly chair leg. 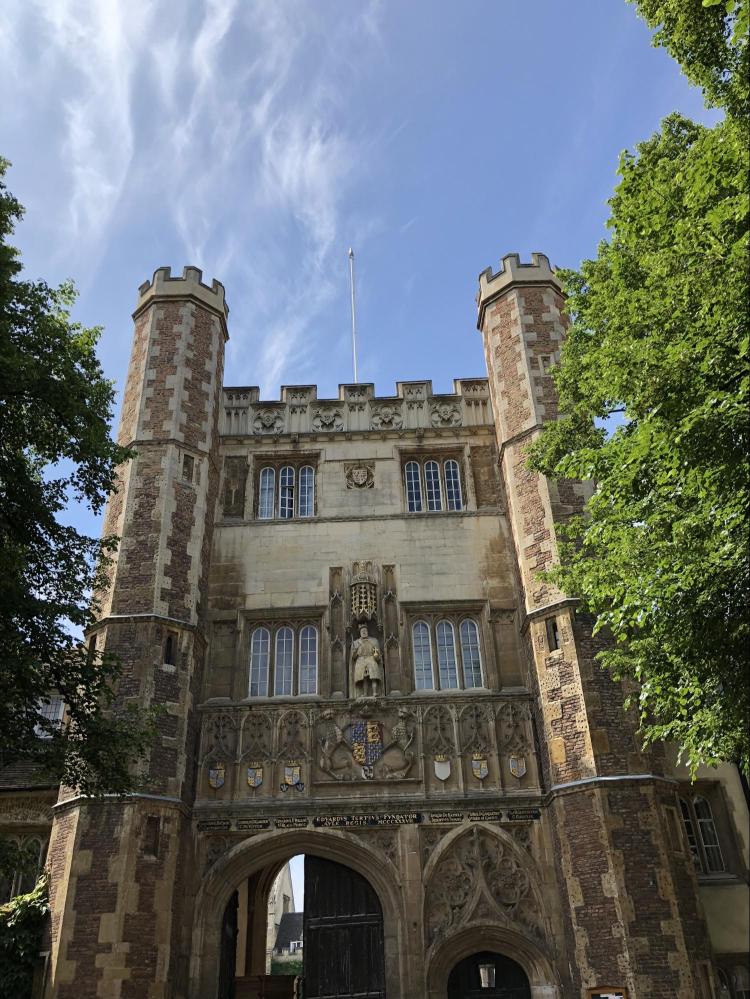 Trinity College, Edward the III in the middle of the building

Besides these, there are many more interesting stories that our tour guide, Mr Steve, told us. He said that between 1904 and 1974, there were 22 nobel prize winners from Cambridge. Some of their discoveries may be familiar to you: for the splitting of the atom, discovering the double helix of the DNA, discovering electrons. Such discoveries and realizations truly shaped the world we live in. We even visited the very bar that Crick and Watson (the 2 astounding men who discovered the double helix of the DNA) came to have lunch, The Eagle.

We ended off the day listening to bell ringing at St. Mary The Great. They were not by your typical handbells, but were real, massive church bells! We could not enter the place where the physical bells were situated, but the demonstrators were tugging on the strings at stipulated times and strength in order to make the bell ring at a very specific time and way. 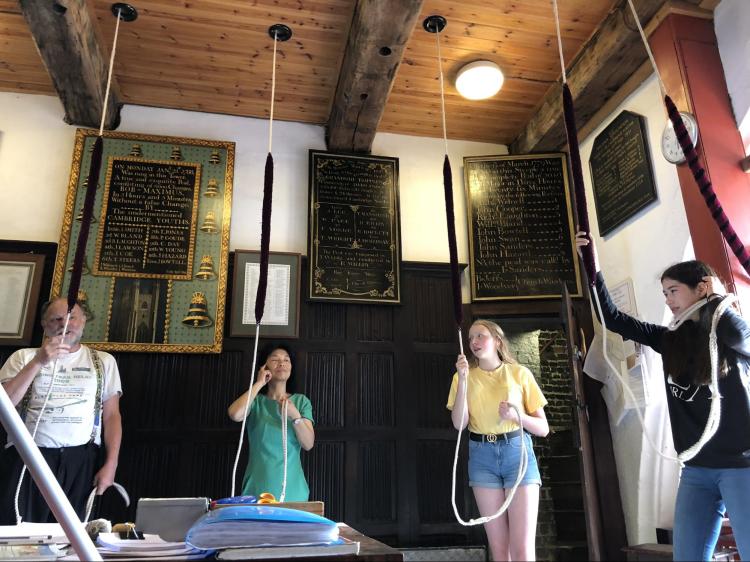 Here is a demonstration of how the bells are rang:

Walking along the river at night was another sight to behold, with beautiful white swans gathering by the riverbed and the gleaming white reflection off the water surface. The cool breeze was blowing as we held our cups of hot chocolate and gathered at a field near the river. It was truly the full Cambridge experience.

Beautiful Swans at the river

At Imperial, we were brought around the campus by two students studying Medicine. They were very friendly and personable, and we struck up conversations with them very easily. I found out that the interview round in Imperial is fairly more straightforward as compared to that of Oxford, where the interviewer will ask simple questions like, “Why are you interested in this course?”. (Although Imperial also does not have business course for undergraduates) 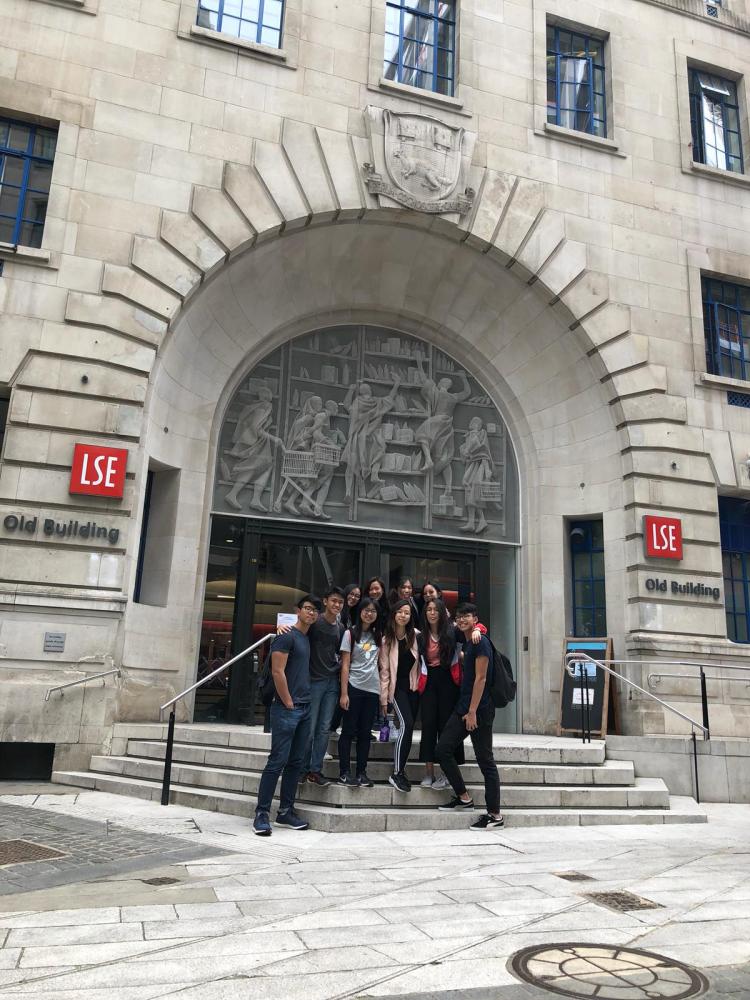 Firstly, LSE has a wide variety of courses to choose from (not only econs). It is located in the heart of Theatreland and many theatres, such as the Duchess Theatre and the Theatre Royal are just a stone’s throw away.

We were brought on a short tour of the campus and what amazed me the most, was the astonishing library. It was like a shopping mall for books. The comfortable seats, the wide collection of books, the spiral platform leading from one level to the next, the lifts! It was the ideal place to study and collect research materials.

The library at LSE

But, what if you are studying there and suddenly you miss Singaporean food? Have no fear! There is actually an Old Chang Kee located a few minutes away from LSE! The delicious curry puffs and a refreshing bowl of Laksa will be sure to keep your homesickness at bay. 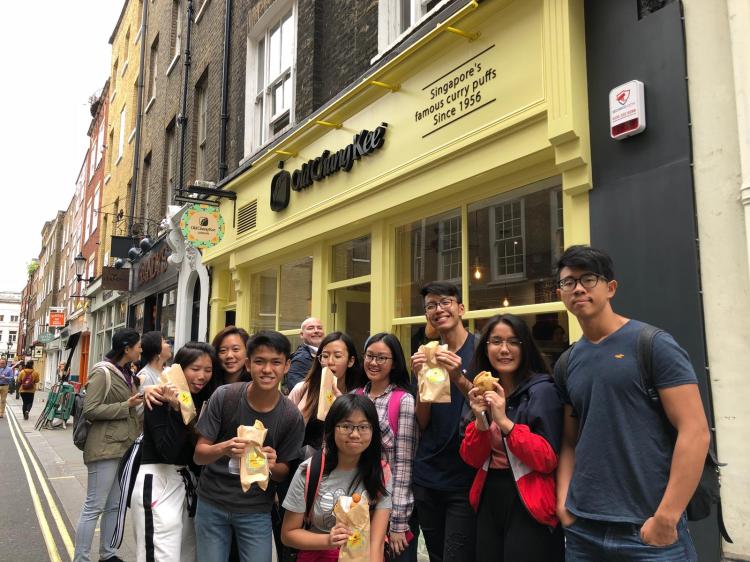 Some important things to note when writing your personal statement for this school is that: